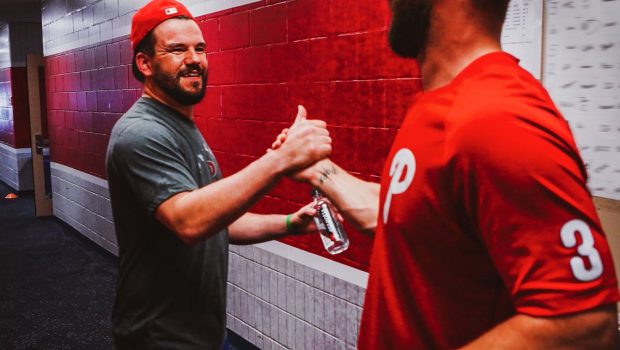 PHILS ARE NOW 4TH IN PAYROLL BEHIND DODGERS, METS, YANKS!

The Phillies are finally acting like a big-market team with playoff aspirations.

Instead of a cheap-ass organization content to lose and rake in the big TV bucks.

In the past week, they’ve added sluggers Kyle Schwarber (four years, $79 million) and Nick Castellanos (five years, $100 million) to complement 2021 NL MVP Bryce Harper and J.T. Realmuto in the middle of the order.

After struggling offensively in 2021, the Phils now have one of the most dangerous lineups in the National League East as they seek their first postseason appearance since 2011.

Harper, Realmuto, Schwarber, and Castellanos combined for 118 HRs and 328 RBI with their respective teams last season.

The Phillies have committed $624.5 million to those four contracts and are now fourth in payroll ($221.7M) behind the Dodgers, Mets, and Yankees.

The Phillies still need to improve their pitching beyond ace Zack Wheeler, but they did bolster their bullpen by signing closer Corey Knebel (1YR, $10M) deal in November.

Owner John Middleton can afford the spending spree. The Phillies are MLB’s seventh-most valuable franchise ($2.3B), per Forbes.