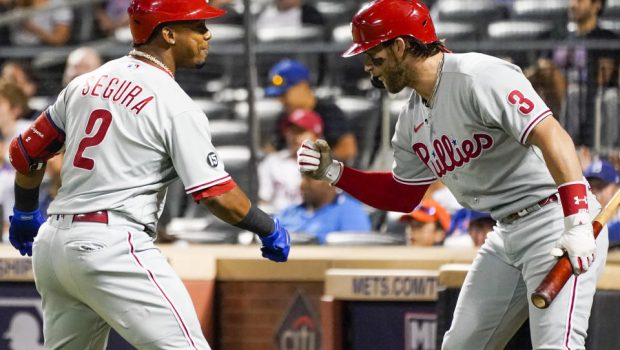 PHILS ARE MAKING WAY FOR JEAN SEGURA — PROBABLY IN 2 WEEKS!

The Phillies dodged a bullet last night with a win over the Braves, thanks to Bryson Stott’s heroics.

But their lineup is still thinned out because of the injuries to Bryce Harper and Jean Segura.

Segura broke his right index finger on May 31 and has been out ever since.

But he worked out last Saturday at second base and seemed to throw painlessly.

“It was really surprising for me,” manager Rob Thomson said Sunday morning, “so it might not take as long as I thought it would.”

Still, Segura will need at-bats to feel good about his timing at the plate. If he begins a minor-league today maybe the end of the first week in August is realistic. Maybe it’s closer to the second week of August. Either way, Segura is coming.

What does the infield look like when Segura returns?

“We haven’t really gotten there yet,” Thomson said.