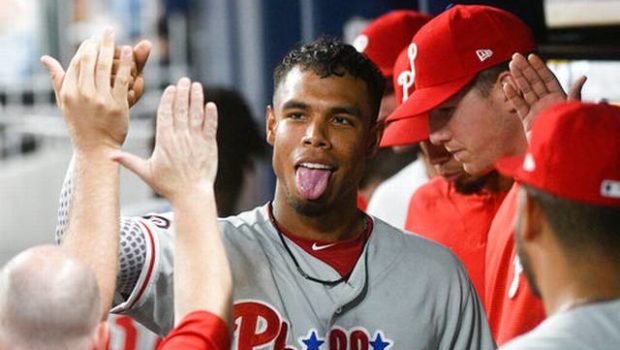 The Phillies are 78-73, mired 4 games behind the Brewers for the second NL wild card, and the Mets and Cubs are also ahead of them.

So it would take a miracle for them to make the playoffs as they start a series tonight in Cleveland against the Indians, who are tied for the second AL wild card and are therefore incentivized to play hard and win.

So let’s clean up some mess about the Phils roster:

It’s looking like we are seeing the last of Nick Williams in red pinstripes.

Once a highly-prized prospect, Williams has been off the team’s radar for most of 2019.

Even though the Phillies have been facing multiple injuries in their outfield, Williams still hasn’t been able to crack their lineup, as his most recent at-bat came Sept. 2. While Williams did thrive at the Triple-A level this year, he has stumbled to a dreadful.157/.204/.255 line in 108 major league plate appearances in 2019.

Williams will still have a minor league option remaining after this season, but it wouldn’t be a surprise to see the Phillies remove him from their 40-man roster then. It would be an unceremonious ending to a once-promising Philly tenure for Williams, who joined the club in 2015 as part of the package it received from Texas for Cole Hamels.