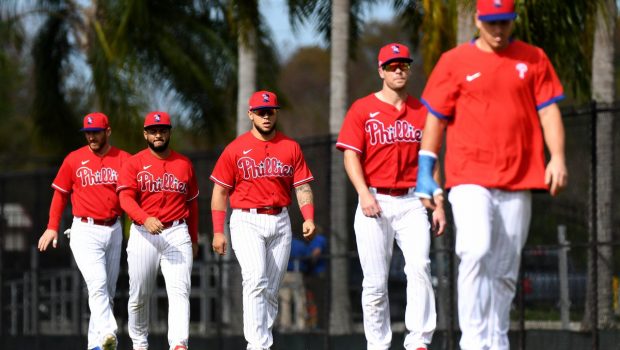 PHILS ARE 10-1 IN VEGAS TO WIN NL EAST BEHIND BRAVES, METS, NATS!

The Phils open the 2021 season tomorrow at Citizens Bank Park against the Braves, who just happen to be the Vegas fave to win the NL East at +135.

Following the Braves are the retooled New York Mets at +140, who went talent shopping in the offseason and bolstered their lineup by adding SS Francisco Lindor and SP Carlos Carrasco from the Indians. The 2021 NL East odds then take a big jump with the Washington Nationals next at +650, followed by the Phillies at +1000 and Miami Marlins at +3000.

On paper, the Phils batting order has a wealth of talent, led by Bryce Harper, JT Realmuto, Rhys Hoskins and Andrew McCutchen, but the team somehow only finished 28-32 SU in 2020.

After making a big splash in the 2018 offseason to bolster the batting order, the Phillies are hoping a full 162-game season can showcase a squad that should, in theory, run away with the NL East Division each year.

The Phillies at least have an ace in Aaron Nola who can be a reliable starter every four or five days but after Nola, it gets pretty dicey for starting pitching.

This may be the year the Phils put it all together but after three straight third-place finishes in the NL East, if the Phillies can’t make a decent showing in 2021, when will they?