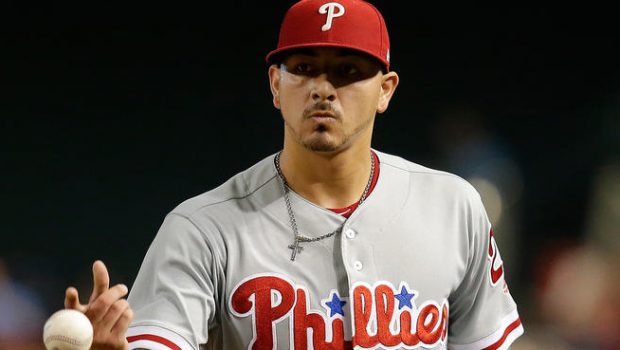 PHILS AND VINNY VELO ARE SLIGHT DOGS AT ROCKIES TONIGHT!

By Sam Bush and Skip Charles in Vegas

The Phillies got out of town with a. 9-9 record, which is good enough to share the top spot in NL East with the 7-7 Mets.

Velasquez has been used in long relief, but with Matt Moore in the COVID-19 protocols, he is pressed into starting service.

Moore has been awful and he joins pitcher Archie Bradley (strained left oblique) and second baseman Jean Segura on the IL.

The Phillies recalled infielder Scott Kingery on Wednesday to take Segura’s place on the roster. Didi Gregorius could be available to play tonight, and manager Joe Girardi said he would use Nick Maton or Brad Miller at second if Gregorius is back.

“Nick has played great,” Girardi said Wednesday. “I don’t think you can say enough about what Nick has done filling in for Didi. He’s played really good defense. He’s swung the bat well. The game has not sped up for him, which you’re never sure what’s going to happen.”

Velasquez has appeared in three games this season, all in relief. He has faced Colorado seven times in his career, all starts. He is 2-1 with a 4.91 ERA in those games.