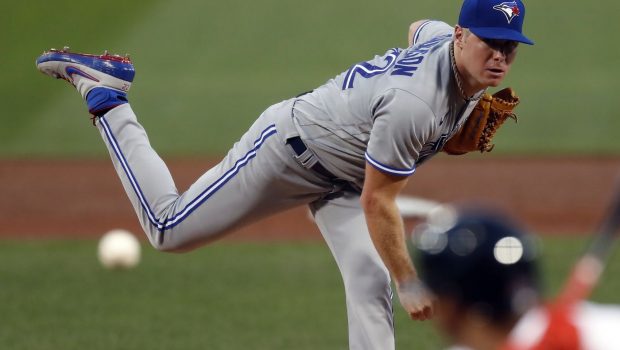 The Phillies are signing free-agent righty Chase Anderson on a one-year, major league deal and it guarantees $4M, says the Inky.

Anderson, 33, spent the 2020 season with the Blue Jays but missed the beginning of the shortened season due to an oblique strain. He returned and pitched well in August before scuffling through a rough month in September. Overall, he totaled just 33 2/3 innings with a 7.22 ERA.

Anderson has been somewhat homer-prone throughout his career, but there’s little reason to expect such pronounced struggles to continue. Fielding-independent metrics that normalize home-run rate, such as xFIP (4.09) and SIERA (4.01), were quite a bit more bullish on him than his baseline ERA.

Anderson will join lefty Matt Moore on the big league roster as a cost-effective option at the back of the rotation behind top starters Aaron Nola, Zack Wheeler and Zach Eflin. His addition could allow the Phillies to give top prospect Spencer Howard more time in Triple-A and to move Vince Velasquez to the bullpen, but it’s likely that each of Moore, Anderson, Howard and Velasquez will start games for the Phils in 2021. Teams are going to be more cautious than ever with workloads after last year’s shortened slate of games, so having multiple starting options is of increased importance. The Phils have also added Ivan Nova and Bryan Mitchell on minor league pacts.