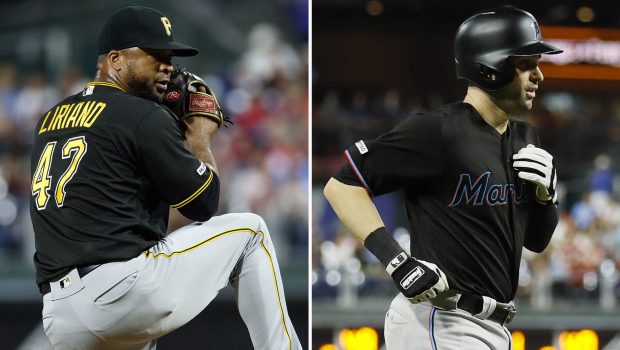 With the first workout in Clearwater’s spring training only 20 days away, the Phillies filled in some prospective roster pieces yesterday

Walker, 34, slashed .261/.344/.395 with eight home runs in 381 plate appearances last season with the Marlins. Walker has played most of his career at second base, but he spent most of last season at first and third base. Walker will compete for a utility infield job alongside non-roster utility infield candidates Josh Harrison, Phil Gosselin and Ronald Torreyes.

Liriano, Norris and Storen provide competition for a bullpen that struggled last season because of injuries and inconsistency. They are the first outside additions the Phillies have made to the bullpen this offseason.

Liriano, 36, went 5-3 with a 3.47 ERA and 4.53 FIP in 69 appearances last season with the Pirates. It was the first year in the left-hander’s 14-year career without a start. The fact that Liriano pitched an entire season in Pittsburgh’s bullpen, and pitched effectively — left-handed-hitters batted just .194 against him — seems to make him a legitimate candidate to make the team.

Storen, 32, was a mainstay in the Nationals’ bullpen from 2010-15 before losing his closer’s job to Jonathan Papelbon in the second half of ’15. Storen has not pitched in the big leagues since ’17, when he went 4-2 with a 4.45 ERA and a 4.88 FIP in 58 appearances with the Reds. He had Tommy John surgery that September, causing him to miss the entire ’18 season. In ’19, he made nine appearances for Double-A Northwest Arkansas in the Royals’ system, posting a 7.84 ERA.

The Phillies have 25 non-roster invitees coming to camp. Phillies pitchers and catchers have their first workout Feb. 12 in Clearwater, Fla.