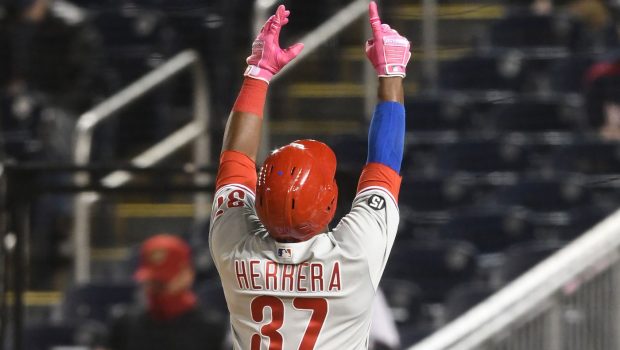 The Cubs remained winless since Zach Davies and three relievers combined to no-hit the Dodgers in Los Angeles on June 24. They also extended their worst losing streak since a 12-game slide in May 2012.

Knapp led off the third with his second homer, and Gregorius added a solo shot against Davies in the fourth. Hoskins and Bohm went back to back against Sogard in the ninth.

Andrew McCutchen had three hits and scored two runs. He delivered a tiebreaking double in the sixth, and the Phillies scored twice in the inning.

“We’ve kinda been waiting for everybody to get healthy,” Hoskins said. “I think you can just kind of see the depth and the length of the lineup.”