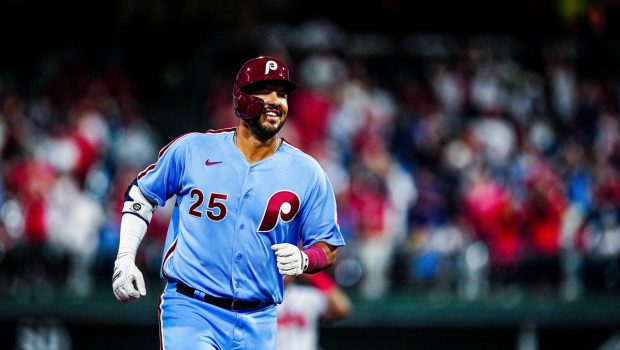 Darick Hall crushed a pair of solo home runs, leading the Phillies to a 13-1 victory over the Nationals.

Hall spearheaded the Phillies’ surreal 13-run offensive explosion on Sunday afternoon with his second multi-homer performance in 29 games since being promoted to the majors back on June 29.

The unheralded 27-year-old rookie slugger took Nationals righty Cory Abbott deep in the second and fourth innings, respectively, and is up to eight round-trippers in his Phillies debut.

He also walked and scored a run in the ninth inning.