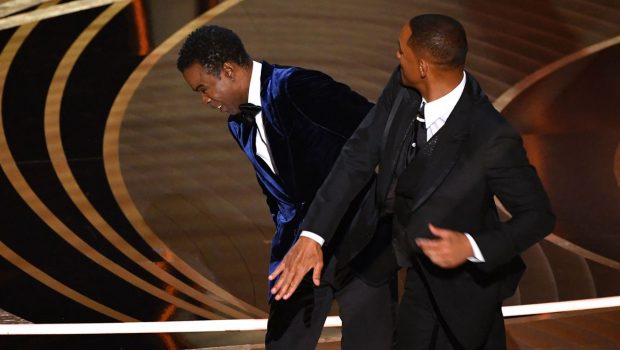 PHILLY’S WILL SMITH PLAYED ALI, THAT’S WHY THIS BITCH-SLAP OF CHRIS ROCK WAS REAL!

The incident at last night’s Academy Awards unfolded after Chris Rock made a joke about the closely-cropped hair of Will Smith’s wife, Jada Pinkett Smith, who has alopecia, a condition that leads to hair loss.

At first some shocked viewers wondered if the blow might have been part of the show.

But when ABC cut out the sound, forcing audiences to lip read Smith screaming at Rock to keep his wife’s name out of his mouth, the reality of the situation settled in.

We think it was real because Smith did a fab job portraying Muhammad Ali 20 years ago in “Ali,” and he got into believable fighting shape.