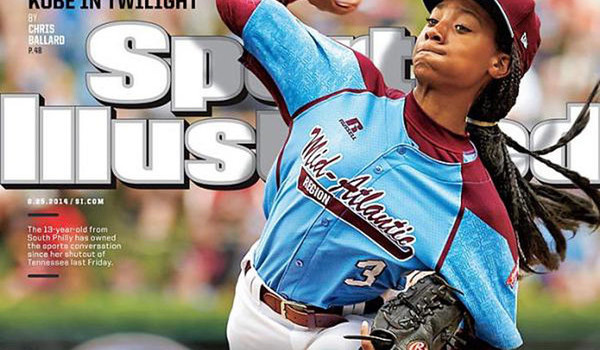 PHILLY’S TANEY DRAGONS HEADED TO THE HALL OF FAME

The jersey worn by Mo’ne Davis at the Little League World Series is headed to the Baseball Hall of Fame.

Davis, who in August became the fourth girl to pitch in the Little League World Series and the first to win a game, donated her jersey from the Taney Dragons in Philly to be preserved among the game’s treasures.

Davis and her teammates from Taney Hill and the travel team she plays on will visit the Hall of Fame on Thursday in Cooperstown, N.Y., and then play a game against a local team form Stanford, N.Y., at historic Doubleday Field.

The 13-year-old will present her jersey to Hall of Fame president Jeff Idelson in a ceremony. Also in attendance will be Mamie “Peanut” Johnson, a former pitcher who is one of only three women to play in the Negro Leagues.

Davis posted a 4-0 shutout victory over a team from Nashville, Tenn., in the World Series last month in Williamsport, Pa.

Davis has stayed busy since the Little League World Series and became a celebrity, landing on the cover of Sports Illustrated and throwing out the first pitch earlier this month at a Los Angeles Dodgers game.