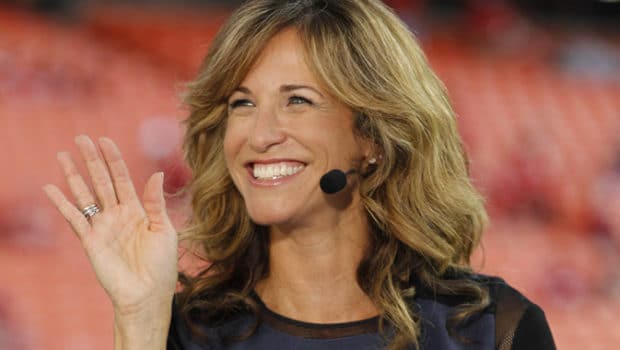 Chris Berman may have left huge shoes to fill, but ESPN released a new lineup yesterday:

Philly native Suzy Kolber (above) has been hosting Monday Night Football’s pregame segments on the road alongside Berman but she will now take the helm solo. Trey Wingo has hosted the NFL Draft in the past with Berman and will also take over that role solo. Kolber and Wingo will continue to host their daily NFL shows on the network – NFL Insiders and NFL Live, respectively.

ESPN also announced Samantha Ponder would take Berman’s place as the host of Sunday NFL Countdown. Ponder is the former co-host of College Gameday, served as a sideline reporter for Saturday Night Football and will be the third host ever to moderate the program.