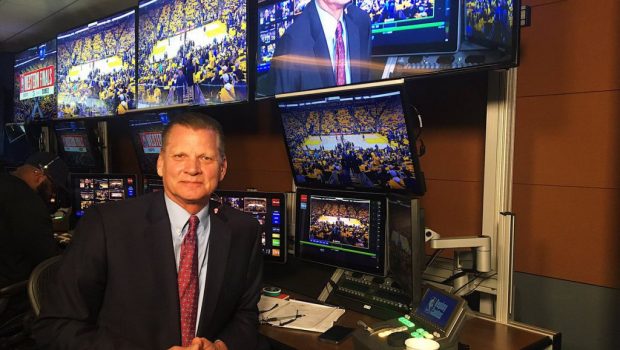 It does seem that there are more challenges in NBA play than any other sport.

Maybe because the NBA’s pace is so high that any stoppage seems jarring.

And when a coach challenges a call the refs convene around screens at center court with headphones on.

Who are they talking to?

None other than Philly’s own Steve Javie, who is ensconced in Secaucus, NJ, where the NBA replay center is located.

Steve Javie had the steady voice of a no-nonsense-but-congenial army general.

He grew up and lives outside Philadelphia.

His father, Stan Javie, was an NFL official, and his godfather, John Stevens, was an umpire in Major League Baseball.

Javie was chosen to officiate 15 NBA finals, an assignment typically reserved for referees with the highest grades for accuracy during the regular season and playoffs.

He worked in the NBA until 2011, when knee issues forced his retirement. Since then, he has provided on-air officiating insights for ESPN and ABC.

When he started, it was still seen as an unusual innovation for sports broadcasts. A friend of Javie’s, the former NFL referee Mike Pereira, had begun the practice for network broadcasts by doing NFL games the year before and had received positive reviews.