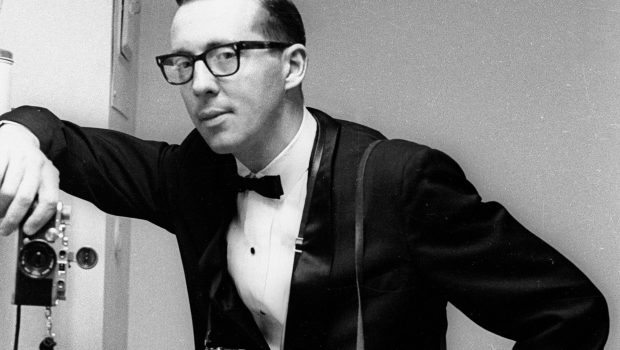 Close your eyes and imagine a better sports photographer than Philly’s own Jim Drake.

Open your eyes because you cannot.

Though many aspiring peers probably had those thoughts.

Jim died on Jan. 10 at the age of 89 in his home in Society Hill, and the Inky and New York Times both ran spectacular obits with several of his most famous photos. When Jim was at Sports Illustrated, it was an article of faith that he, Neil Leifer and Walter Iooss constituted the best SI had to offer.

And this was after Dan Jenkins called the mag, “The four-color scrapbook for the two-yacht family.”

In its early days, that was not an exaggeration.

Sail boats and the Westminster Kennel Club seemed to get a lot more attention than they deserved.

But then sports became a national obsession, and Drake and Leifer and Iooss became stars with their snaps of Unitas, Ali, Namath and Wilt and Russell.

I worked with Jim at Inside Sports, a new magazine launched by the Washington Post, ostensibly to compete with Sports Illustrated. Drake (middle at left) came to Inside Sports from a career as one of SI’s great photographers — he, Walter Iooss (left) and Neil Leifer — at a time when sports photography was the holy grail of journalism.

Newspapers ran lots of mundane action photos, so it was to SI that millions of kids and adults all over the world turned for their weekly fix of the agony and ecstasy of sports.

Iooss was a high-profile shooter whom I had met in 1968 when Harvey Pollack, the Sixers PR guy and statistician extraordinaire, asked me to wait for him in the parking lot before a Celts game and direct him to his spot in the corner of the floor — Harvey didn’t have much time for SI or any weekly. Only the dailies.

Leifer was best known to me anyway as the genius who took the shot of Muhammad Ali yelling at Sonny Liston to get up after his phantom punch knocked him out in 1965. It was so early in the fight that you could still see the crease in Ali’s shorts.

But Drake was a low-key guy, who didn’t say much — he let his work do his talking, unlike Ali.

And it was Leifer who told the Inky and the NYT:

“Jim was the best photographer of the three of us, but he had no interest in self-promotion.”

Quite an admission from Leifer, who visited Jim in his last few weeks.

I visited Jim during the last year of his life, along with Inside Sports chums Pam Sztybel and Kathy McGilvery, and he was sharp as ever, with a wit and sense of humor that never left him.

Just like his love for Philly and the Penn Relays, where he ran for Penn Charter and Penn.

Lucky for us, David Jones of PennLive.com posted a masterpiece about Drake last summer:

Drake is one of the giants of an industry whose salad days he enjoyed, a globetrotting photographer employed for almost three decades (1959-86) by the greatest sports publication ever created at a time when its product was not only appreciated but demanded, during an era of unlimited travel budgets. He’s done it and seen it all.

Now 89 and afflicted with lung cancer, he’s living out his final days trying to sort through a life’s work in order to best benefit his two sons – Chris (52) and Patrick (50).

Still quite lucid of mind but occasionally failing of memory, Drake considered a life and career well-lived in his living room surrounded with his own water color paintings and photos:

A Philadelphia native who graduated from Penn Charter High and the University of Pennsylvania (Journalism/English, 1955), Drake was an athlete who loved sports, both as a competitor and spectator. He set records in the 200 hurdles at Penn Charter and competed in the Penn Relays at Franklin Field before ever shooting a photo there. So, he understood the mind as well as the form of an athlete.