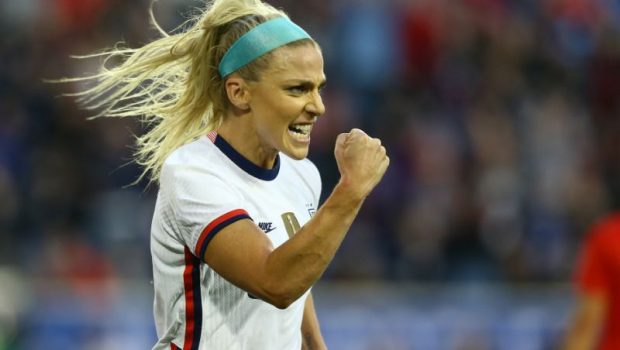 South Jersey’s Carli Lloyd and Philly’s Julie Ertz have been named to the U. S. women’s Olympic soccer team.

Lloyd will play in her fourth Olympic Games at age 39 after she was one of 18 players named Wednesday to the United States women’s soccer team for the Tokyo Games. She is one of 11 players who return from the team that represented the United States at the 2016 Rio Games. She is also one of two — joining Tobin Heath — who will play in her fourth Olympics.

The team announced by U.S. Coach Vlatko Andonovski included few surprises. Mainstays like Megan Rapinoe, Alex Morgan, Crystal Dunn, Rose Lavelle and Sam Mewis also made the team. But so did Julie Ertz, the midfielder who is recovering from a knee injury but was seen as a lock to make the team if she was fit.

Ertz’s inclusion — especially on a smaller roster where each place is vital in a condensed tournament — suggests that she is healthy enough to contribute, despite having not played in months.