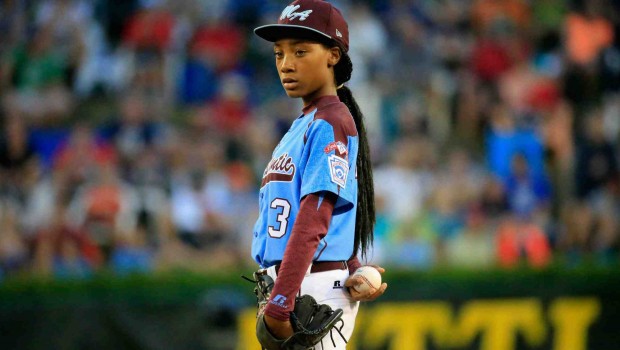 For Mo’ne Davis, who won the prestigious Wanamaker Award for athletic excellence in Philly last week, life since her Sports Illustrated coronation has been electric: a meeting with the Obamas at the White House, a quickie memoir, an appearance in a Chevrolet commercial directed by Spike Lee, even a line of sneakers named for her.

But over three weeks in late June and early July, she and 13 other kids on her team here — the rest of them boys, most of them black, all roughly her age — have a schedule of exhibition games across the country that mixes exhilarating notes with somber ones.

They’re not just hitting the road. They’re taking it south, into history: the church in Birmingham, the bridge in Selma. They’ll play ball, then visit Little Rock Central High School, a battleground in the fight to integrate schools. They’ll swing for the fences, then bow their heads at the house in Jackson, Miss., where Medgar Evers lived.