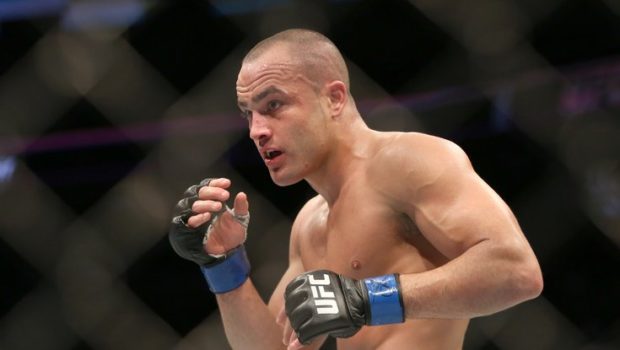 PHILLY’S EDDIE ALVAREZ GETS HIS UFC TITLE SHOT VS. MCGREGOR!

Philly native Eddie Alvarez is getting his shot!

He wanted a chance at the UFC lightweight title after he beat Anthony Pettis. Alvarez won, and got his title shot.

In July, Alvarez beat Rafael Dos Anjos with a stunning first-round TKO to become the new lightweight champion, and following the fight — his fourth (all against ranked opponents) since joining UFC in 2014 — the North Catholic grad asked if he could defend his title against a not-so-tough opponent. Namely, a “gimme fight” against Conor McGregor.

Late last night, UFC announced that the Kensington native will get his wish: Alvarez (28-4) will square off against McGregor with the lightweight title on the line as the main event at UFC 205 on Nov. 12 at Madison Square Garden.