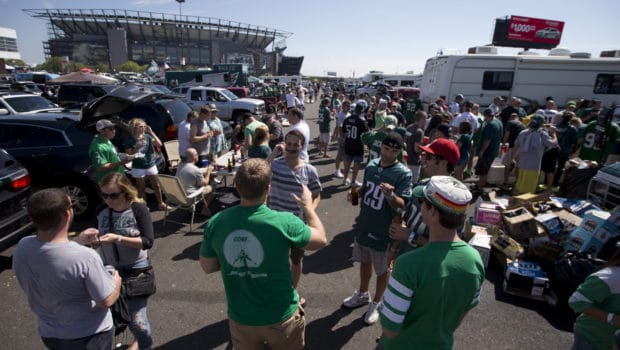 Mayor Jim Kenney said the city will ban tailgating for the Eagles’ home opener on Sunday to discourage large gatherings that could contribute to the spread of Covid-19.

“I recognize as a long-term rabid Eagles fan myself, there’s nowhere else I’d rather be than in the parking lot tailgating for the 1 o’clock game,” Kenney said. “We just need to keep each other safe, and there will be other football seasons.”