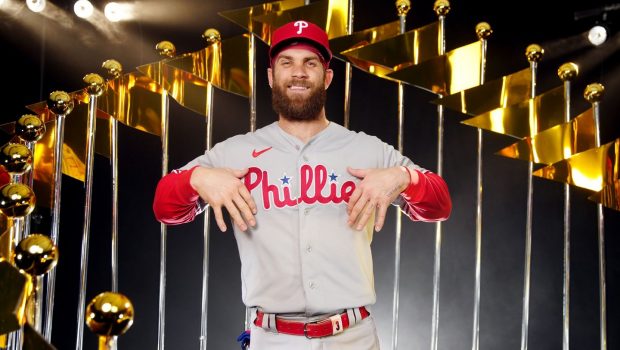 PHILLY IS THE CAPITAL OF THE SPORTS UNIVERSE — FOR NOW!

But we’ll make room for the Wall Street Journal’s Jason Gay because he writes and thinks so well:

All right I’m not embarrassed to admit it: I did not expect the Philadelphia Eagles to be 8-0 right now. Did you?

I did not expect the Philadelphia Phillies to be in the World Series, either.

In fairness: I don’t think the Phillies expected to be in the World Series, either. At least not in early June.

But I do know that Philadelphia feels like the place to be in sports at the moment.

It’s certainly not those deadbeats in New York, or Boston, or Los Angeles. Not even Tuscaloosa can make a claim.

I haven’t even gotten to the fact that the Philadelphia Flyers are 5-2-1, tied for a respectable second in the NHL’s Metropolitan Division.

Or the fact that the Philadelphia Union are headed to the Major League Soccer Cup final for the first time after Sunday’s thumping of New York City FC. They’ll face LAFC Nov. 5.