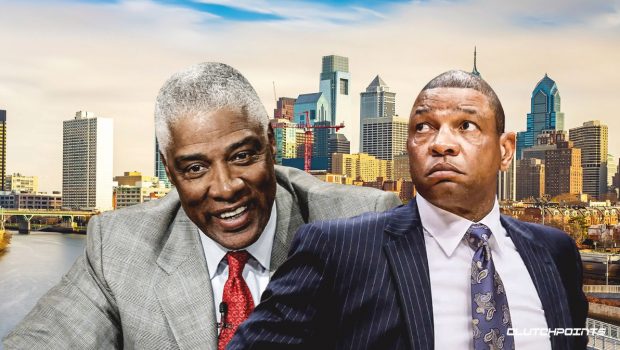 Sixers legend Julius Erving is Doctor J, one of the most identifiable nicknames in all of sports.

Of course, a new “Doc” is coming to the Sixers next season after Philly hired Doc Rivers to be the team’s new head coach.

Erving couldn’t be more excited Rivers is the new head coach of the Sixers, and he told NBA.com’s Lauren Rosen he is more than fine with there being two “Docs” in town:

The next question, naturally, was about nicknames.

Could there be room for two “Docs” in Sixers territory?

The man who really popularized the slam dunk brought up the fact Doc’s real name is Glenn, and said the two should be identified by “Doc J” and “Doc G” so as to differentiate going forward.

“The fact that I became ‘Doctor J,’ and he’s ‘Doctor G’ – ‘Doctor Glenn’ – that’s how we’re going to have to do it in Philadelphia,” Erving said, via Rosen.

“You know, there were a lot of ‘Docs’ before me. Let’s keep the J out there, and let’s keep the G out there, because there are so many ‘Docs’ throughout the world, and we’ve got to give them their props too.”

Erving couldn’t care less what the public calls Rivers if he can lead the Sixers to an NBA title the way he did in 1982-83!