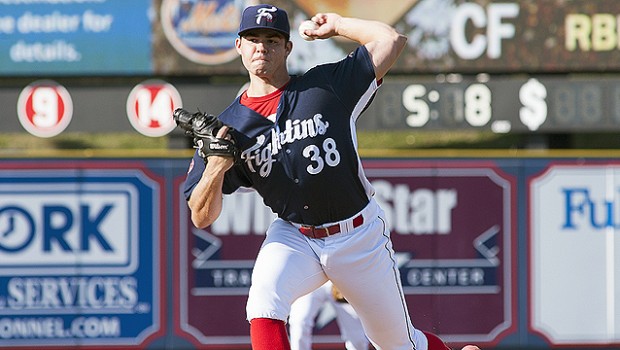 The Phils drafted him in 2010, after the Philly native starred at Germantown Friends School.

Since then, he has kicked around the majors.