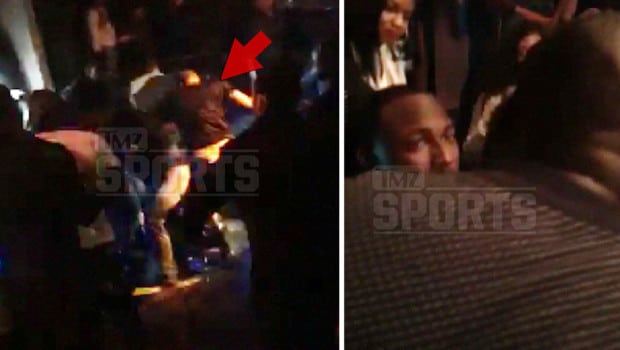 PHILLY DA: NO RUSH TO JUDGMENT ON SHADY MCCOY INVESTIGATION

The district attorney has spoken on the Shady McCoy investigation — in which the former Eagles running back is suspected of brawling with off-duty cops in an Old City bar — and he basically told everybody to pipe down!

“There is no timetable other than us getting it right,” Williams said Friday afternoon.

“I just heard a little recording you had of my friend John McNesby, the president of the FOP and I like to say he’s a great advocate for his members, but I was elected by the citizens of Philadelphia to charge just the right people with the right crimes,” Williams continued. “Nothing more, nothing less.”

Williams refused to answer specific questions about the case, explaining that his purpose of the interview was to address the immediacy of the case.

“I just wanted to go forward today and answer a few people who were very, very impatient and want to know what was going,” said Williams. “Were we doing more or less because they were off-duty police officers. Were we doing more or less because of the fame of the individuals that were alleged to have possibility assaulted people? I just want people to know we have tried to use the same standard of justice regardless of who the victim or who the alleged defendants are and we’re just gathering all the evident. There is no rush to judgment here.

“People have been talking about it here on WIP, but my job isn’t just to react to people on the corner, or people that stop me, or people that are sending me emails,” Williams continued. “My job is solely to do the right thing every day — charge just the right people, with only the right charges. Nothing more and nothing less.”