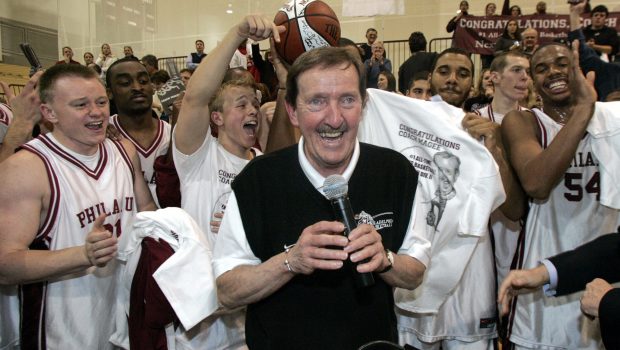 He was born in Philly and has spent most of his life at Jefferson, which was previously known as Philadelphia Textile (1884–1998), then Philadelphia University (1999–2017).

Rather than go pro, he returned to his alma mater as an assistant, taking over as head coach in 1967 at the age of 25.

Magee has finished below .500 just three times in 53 seasons, while making 31 NCAA tournaments, winning 13 conference titles and one national championship (1970).

“No one in coaching has combined teaching, mentoring, winning and class as proficiently as Coach Magee.”

He turned down multiple D-I opportunities over the years, preferring to remain in the only place he’s ever called home, surrounded by friends and family.