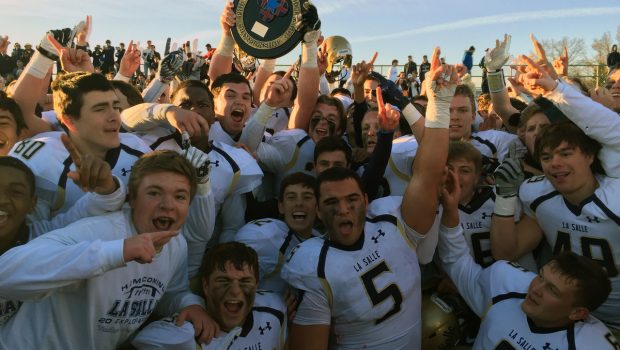 PHILLY CATHOLIC LEAGUE SHUTS DOWN FALL SPORTS BECAUSE OF COVID

The Philly Catholic League is shutting down fall sports because of the COVID-19 outbreak.

The Archdiocese of Philadelphia announced the decision yesterday after a meeting of school principals and presidents.

The shutdown of competition affects thousands of high school athletes in Philly and the surrounding suburbs in sports such as football, soccer, field hockey, cross-country and others.

The Philly Public League and Del Val League as well as individual school districts such as Cheltenham, Norristown, Pottstown and Phoenixville also have postponed fall sports.