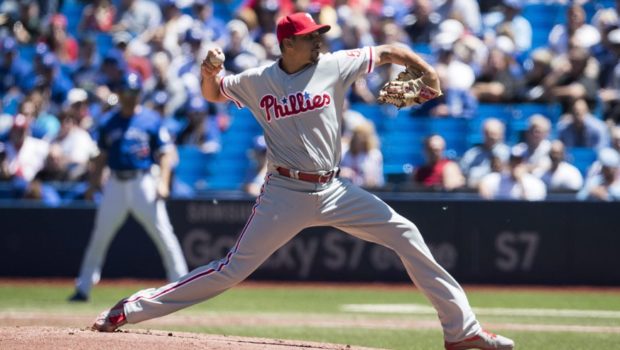 The Phillies flew to San Francisco yesterday after stopping the bleeding of a nine-game losing streak.

But they will be facing MLB’s hottest team and they will be sending Zach Eflin to the mound tonight in what will be a tryout to replace the woeful Adam Morgan in the rotation.

The Giants are the hottest team in baseball since posting a 17-18 record through May 10. They are 30-9 since, which is the best record in the Majors.

The Phillies posted a 24-17 mark through May 18, which was the third-best record in the National League. But they are just 7-26 since, which is the worst record in baseball in that stretch.

Peavy is 2-1 with a 1.76 ERA in his last five starts, while Eflin, who is the No. 13 prospect in the Phillies’ organization according to MLBPipeline.com, makes his third big league start.