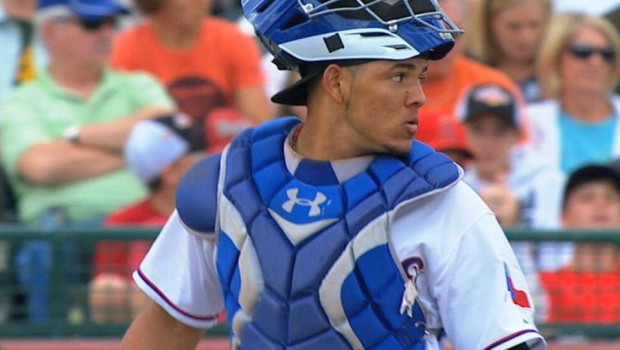 PHILLIES WILL BE COUNTING ON CATCHER JORGE ALFARO IN THE FUTURE

Catcher Jorge Alfaro’s 2015 season was derailed by ankle surgery last June, but the injury didn’t stop the Phils from acquiring him at the July 31 trade deadline as part of the Cole Hamels blockbuster.

Signed by the Rangers for a Colombia-record $1.3 million bonus in January 2010, Alfaro stands out for his raw power and arm strength, and he’s arguably the best athlete in the Phils’ organization.

His game still needs a lot of refinement — he’s overly aggressive at the plate and raw as a receiver — but there’s still time for him to develop into an everyday catcher.