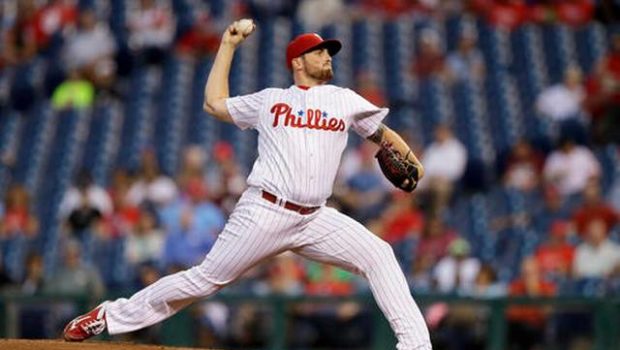 The Phillies wasted a quality start by rookie Alec Asher.

The rookie permitted two runs on four hits and three walks while striking out four in 6 1/3 innings.

With the game tied in the eighth inning, Freddy Galvis knocked lefty Felipe Rivero’s 0-1 fastball to deep center field for a sacrifice fly, driving in the go-ahead run.

“That’s a shame to lose that game, the way the guys hung in there and battled,” Phillies manager Pete Mackanin said. “We kind of shot ourselves in the foot. It was a good game for eight innings — until the ninth.”