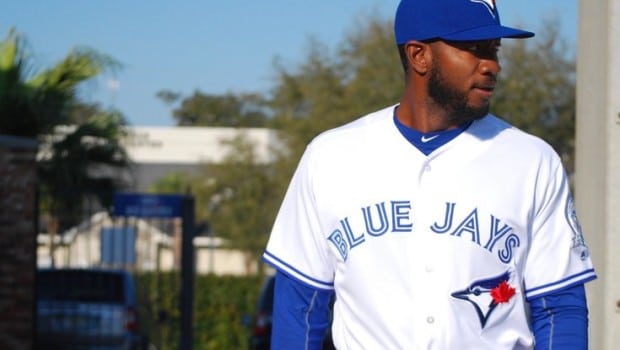 The Phillies played the Toronto Blue jays yesterday, and guess who was in the Jays’ starting line-up:

The Phillies cut ties with Brown last October. He couldn’t land a major league contract in the offseason, so he instead signed a minor eague contract with the Blue Jays late last month.

He was in the Blue Jays’ lineup batting sixth and playing right field in yesterday’s 4-4 tie with the Phillies at Florida Auto Exchange Stadium. He went 1-for-3 with an RBI single.

“A little different,” Brown said about his new surroundings, “but definitely it’s been great.”

Brown is wearing No. 81 this spring, the result of signing so late. He hopes to eventually change that number, which would happen if he makes the opening day roster. He has a real shot to be the Blue Jays’ fourth or fifth outfielder.

Brown said he has no regrets about his time in Philly.

“Not at all,” he said. “I put everything on myself. Accountability for me has always been big. That’s why I didn’t have any bad times with the fans. It was all on me, you know what I mean?”