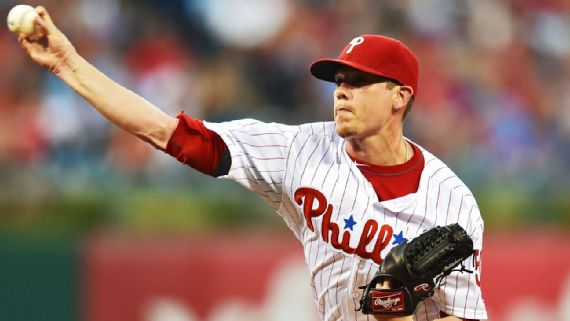 “It’s not the stability I wanted, but it’s a lot of money for one year,” Hellickson told the Wilmington News Journal in a telephone interview yesterday. “I believe in myself to go out there and have another good year, even a better year and put myself in position to get the stability in the next offseason.”

He said that he received interest from several teams, but those clubs were reluctant to part with a first-round draft pick to sign him. Aside from teams picking in the first 10 slots of the draft, teams forfeit a first-round pick if they sign a player who has received a qualifying offer. Teams in the top 10 forfeit their second-highest pick.

Hellickson said he considered rejecting the qualifying offer, but changed his mind because of the draft pick restrictions associated with signing him.

“I’ve been playing six years to get to this point and it’s just unfortunate that free agents like myself have this first-round pick attached to us,” Hellickson told The News Journal. “It sucks.

“The guys that are free agents this year, it’s tough for me to not laugh at people who say this is a weak free-agent market,” he continued. “It’s tough with the uncertainty of the market right now to turn down that much money for one year, especially for a team I enjoyed playing for and a city I love playing for.”

His 12 victories were the most by a Phillies pitcher last season.

The Phillies acquired Hellickson in a 2015 trade with the Arizona Diamondbacks.