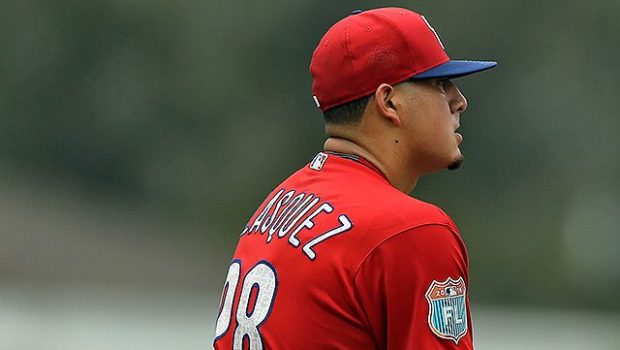 The Phillies are playing musical chairs with their depleted pitching staff.

They activated right-hander Vince Velasquez (5-2, 3.65 ERA) from the 15-day disabled list. He had been on the DL since earlier this month because of a strained right biceps. He will start tonight’s series opener in Arizona.

And they optioned left-hander Elvis Araujo (1-1, 5.87 ERA in 27 appearances) to Triple-A Lehigh Valley to make room for Velasquez on the 25-man roster. Finally, Adam Morgan (1-6, 6.55 ERA) escaped the ax and will play a relief role for the first time in his career.

“We’re going to get a look at him in that role for the time being, which doesn’t mean he’s never going to start again for us,” Phillies manager Pete Mackanin said. “But at this point we want to give it a look to see if he can pitch out of the bullpen.”

The Phillies think Morgan’s combination of pitches and stuff might play better in the bullpen.

“It’s an awesome opportunity,” Morgan said. “I need to take advantage of it. I’ve never done it before, but I will give it a shot. I’m excited.”