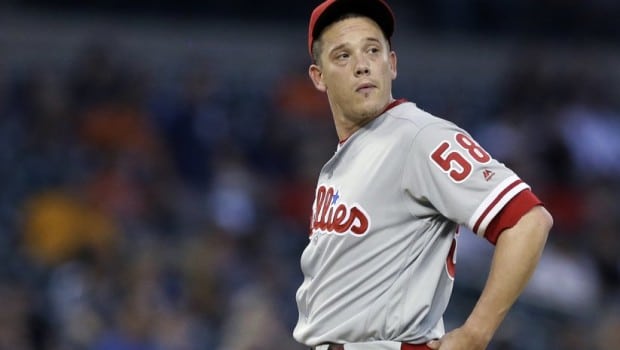 Nick Cafardo of the Boston Globe is reporting that once again the Phillies have Jeremy Hellickson on the trade block as they had last season and during the offseason:

Phillies personnel have made it known they’ll listen on Hellickson in trade talks. Philadelphia re-signed Hellickson with the idea of using him to acquire more prospects before the trading deadline.