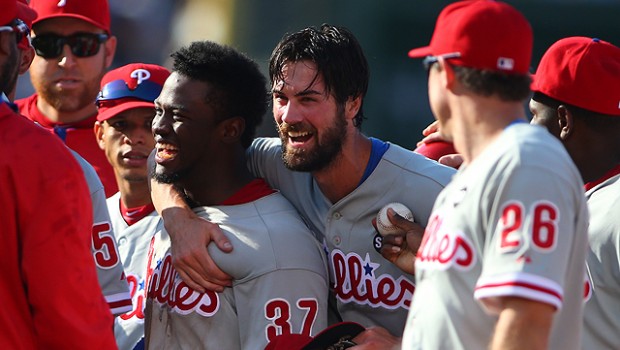 PHILLIES TRADE OF HAMELS IS A FANTASY OWNER’S BONANZA!

Cole Hamels owners can exhale. Their should-be ace is finally off the sinking ship.

Well … his mixed-league owners can exhale, anyway. His NL-only owners are out of luck.

Yes, the 31-year-old left-hander is switching leagues, joining the Rangers Wednesday in a prospects-laden deal.

Hamels’ stock rises with the deal, but about the only way it could have gone down at the trade deadline is if some inexplicable sequence of events landed him in Colorado. Granted, Rangers Ballpark in Arlington is a hitter’s park in its own right, but it’s not any worse (and more recent numbers show it’s better) than where Hamels was pitching half his games — Citizens Bank Park in Philly. He’ll have to face a DH every time through the order, but Fantasy owners will trade a slight increase in ERA for a chance at him winning more than once every two months.