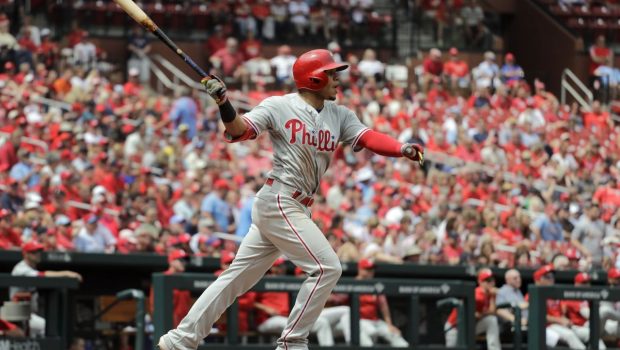 PHILLIES TAKING THEIR 4-GAME LEAD OUT FOR A ROYALS SPIN!

You know the gods are smiling on the Phillies when they can have off-day and still increase their lead in the NL East to four games over the Braves, who lost last night to the D-Backs.

And they take that lead into KC for a weekender:

BOTTOM LINE: The Royals are 8-11 on their home turf. Kansas City has hit 45 home runs as a team this season. Jorge Soler leads the club with nine, averaging one every 16.1 at-bats.

The Phillies are 7-8 on the road with a lineup has 44 home runs this season, Rhys Hoskins leads them with 11 homers. This is the first meeting of the season for these two teams.

TOP PERFORMERS: Adalberto Mondesi leads the Royals with 33 RBIs and is batting .276. Soler is 13-for-39 with three doubles, three home runs and eight RBIs over the last 10 games for Kansas City.

Hoskins leads the Phillies with 21 extra base hits and has 32 RBIs. Cesar Hernandez is 13-for-33 with four doubles, a home run and five RBIs over the last 10 games.