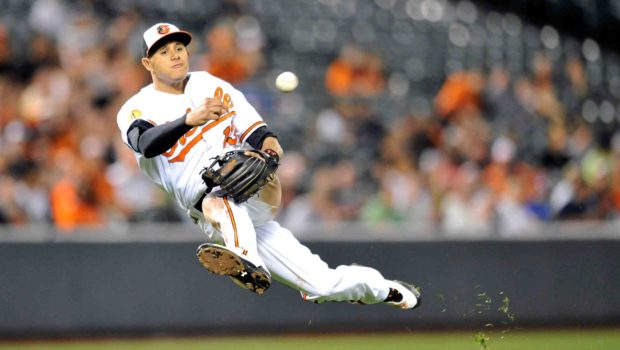 PHILLIES’ SNIFFING AROUND 3B MANNY MACHADO GETTING SERIOUS!

The Phillies are one of the more interested parties and the Orioles have been doing their homework on the club’s farm system in case talks become serious.

The Orioles covet Dominican right-hander Sixto Sanchez, according to sources, but he’s the Phillies’ top pitching prospect and may be untouchable.

Sanchez, 19, has a fastball that can reach triple digits and he works comfortably in the mid-90s. He also has a changeup and slider, along with a world of potential, so he’s naturally going to be targeted if the Orioles decide to move Machado in his final season before free agency.

This is a big “if,” of course, since executive vice president Dan Duquette has seemed reluctant thus far to shift into rebuild mode.

Sanchez has registered a 2.47 ERA and 0.97 WHIP in 40 minor league games. He moved up to high Single-A Clearwater in August after going 5-3 with a 2.41 ERA and 0.82 WHIP and holding opponents to a .191 average in 13 starts with Lakewood in the low Single-A South Atlantic League.

The Orioles also like Scott Kingery, 23, rated by MLB.com as the best second base prospect in baseball. The former second-round pick has registered a career .284/.341/.437 slash line in 329 games and hit a combined 26 home runs this summer between Double-A Reading and Triple-A Lehigh Valley.

The other name I’ve heard floated is shortstop Freddy Galvis, 28, who appeared in 162 games for the Phillies this season and batted .255/.309/.382 with 29 doubles, six triples, 12 home runs and 61 RBIs. He also plays second and third base and has made 11 starts in the outfield: