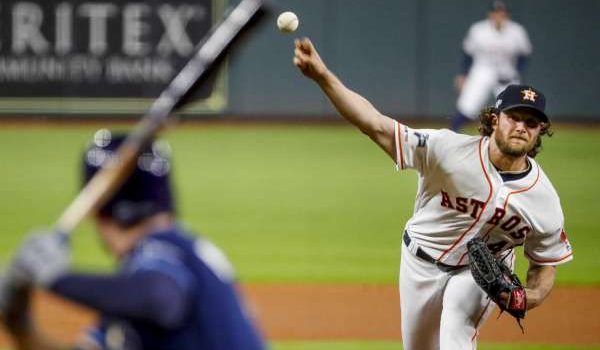 PHILLIES SHOULD BE TEEING UP FREE AGENT ACE GERRIT COLE!

Now that the World Series is over, the MLB free agency begins today.

Players have a five days to declare that they are free agents, and then the “quiet period” ends at 5 p.m. Monday.

We are pointing this out because the Phillies are desperate for pitching — starting and relieving — and they should be targeting Astros ace Gerrit Cole.

The Houston Astros had Cole warming up in the bullpen during last night’s Game 7, but manager A.J. Hinch didn’t bring in the right-hander, opting for a combination of relievers that ended up turning a 2-1 lead into a 6-2 loss.

Cole is set to enter free agency and will almost certainly leave the Astros. Speaking to reporters after the game, Cole was reflective on his time in Houston.

“I’m going (to) have some friends from this clubhouse probably for the rest of my life, so you don’t just take situations like that for granted,” Cole said.

“It was just a pleasure to play in the city of Houston.”

He spent two years with the Astros, coming over in a trade from the Pittsburgh Pirates before the 2018 season. He posted a 2.68 ERA with 602 strikeouts in 65 regular season games for Houston and went 4-1 with a 1.72 ERA and 47 strikeouts in the 2019 postseason.

Hinch expressed his admiration for the 29-year-old and made it clear that Cole did, in fact, want to pitch Wednesday.

“Gerrit is one of my favorite players I’ve ever been around,” Hinch said. “His dominance, how he prepares, how he cares. Wanting to do anything tonight.