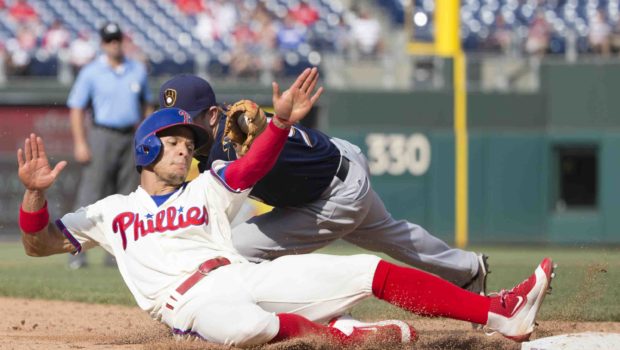 PHILLIES SHOPPING GALVIS, HERNANDEZ! PURSUING? NOT SO MUCH!

Comments made by GM Matt Klentak seem to indicate the Phillies are not quite ready to go after big-ticket players this offseason. With a new TV contract expected to bring in boatloads of money, the Phillies may be primed to hunt big after next season. For now, they have shortstop Freddy Galvis and second baseman Cesar Hernandez (above) to deal, and they’re likely to pursue second-tier starters such as Lance Lynn, Cobb, and Andrew Cashner. They’re also in the market for a setup man.