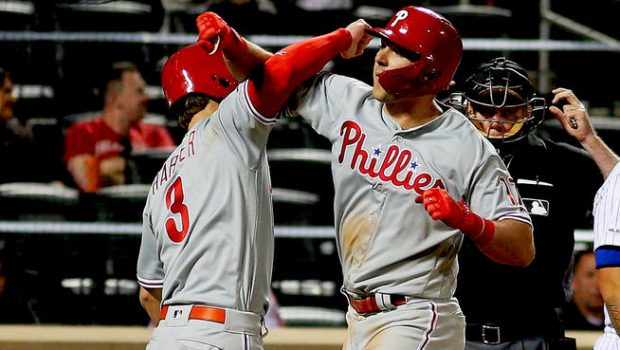 PHILLIES RHYS HOSKINS’ BACK IS UP AGAINST THE HYPE WALL!

Rhys Hoskins had a solid season, but that won’t cut it

The Phillies need Rhys Hoskins to be great if they’re going to accomplish their goals. Instead, Hoskins’ offensive inconsistencies again plagued the offense in 2019. Too often, the valleys outlasted the peaks, and they were difficult for the rest of the lineup to overcome. If the Phillies are to capitalize on having Bryce Harper and JP Realmuto in the middle of the lineup, Hoskins can’t become a black hole for half the season. 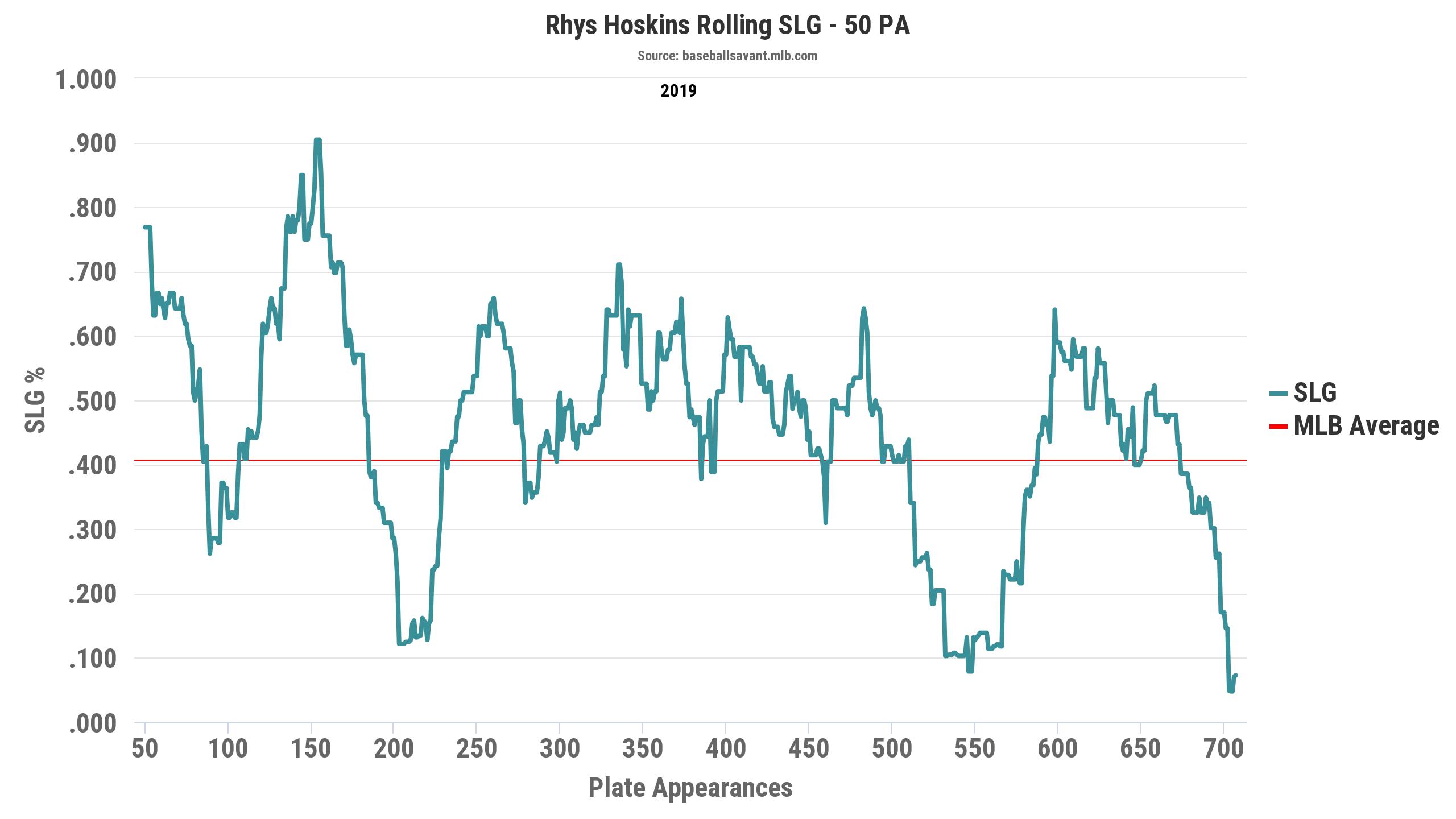 Hoskins had respectable overall production, led by a .364 on-base percentage (an improvement from 2018) and a 113 wRC+. But there were also concerning numbers: a career-high 24.5 strikeout percentage, a career-worst .454 slugging percentage (42 points lower than last year) and a 15.3 Infield Fly Ball percentage, tied for sixth-worst among 135 qualified hitters. Collectively, those metrics highlight Hoskins’ issues making contact in the strike zone and just missing some pitches, particularly mistake pitches, which he lamented during the season. At the root of it: Hoskins’ struggles against fastballs. His .214 average versus four-seam fastballs was nearly 50 points lower than his 2018 average against the pitch. Even when he found himself in favorable fastball counts, Hoskins wasn’t able to take advantage.

Most problematic, however, were Hoskins’ struggles in the second half, when the Phillies tried to make a push for the postseason.

The Phillies need Hoskins to regroup during the offseason and they must hope the new hitting coach can bring the best out of him more consistently in 2020.