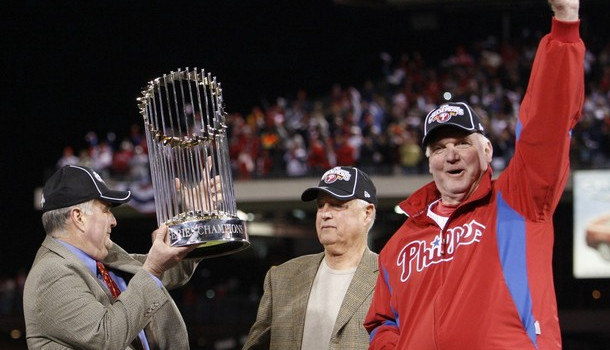 The former Phillies manager who piloted the 2008 World Series champs (above): “When I was with the Twins in 1986 and ’87 we had some young players. We had [Kent] Hrbek, [Gary] Gaetti, [Kirby] Puckett, and all these young guys that turned out to be real good players. This group of guys is something similar to them.

“When you look at this Phillies group, we’ve got a lot of talent. These players have a lot of tools. We can go first to third, we can go second to home, but we still have to develop ourselves as hitters to be able to be regular players at the major league level. And, when it comes to young pitchers, we got so many that some of them have to be good.”