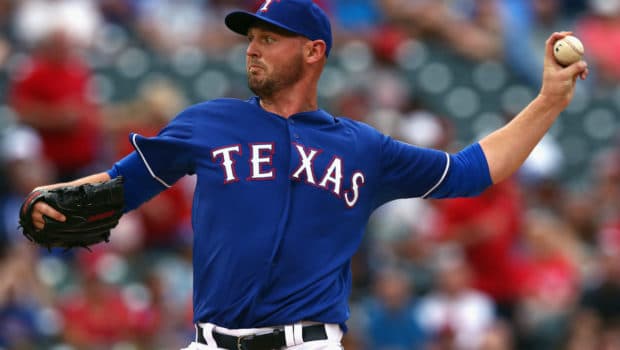 PHILLIES RELEASE HARRISON, WHO NEVER THREW A PITCH IN PHILLY!

You say you never heard of him?

That’s because he never threw a pitcher in anger for the Phils after coming over from Texas in the Cole Hamels trade in 2015 because of a chronic back injury.

And now he is gone, released yesterday along with the $15 million next year, which includes a $13 million salary and a $2 million buyout on a 2018 club option.

The Phillies will not be responsible for the entirety of it — since he was insured.

Harrison, 31, joined the Phillies in the July 2015 trade that sent Hamels, Jake Diekman and cash to the Rangers for Harrison, Williams, Jerad Eickhoff, Jake Thompson, Jorge Alfaro and Alec Asher. Harrison joined the Phillies as salary relief to help Texas assume the remainder of Hamels’ contract.