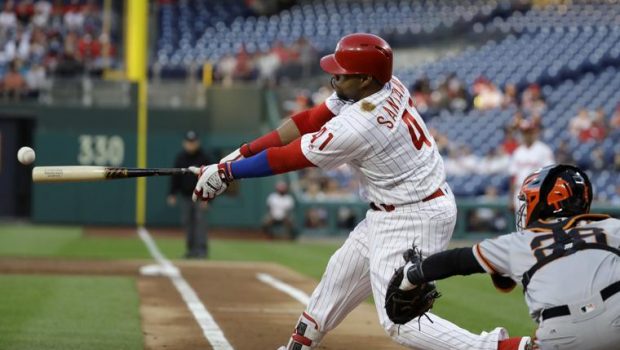 Don’t look now but the Fightin’ Phillies are off to their best start since 2011 with a 25-16 record.

There are quite a few reasons why.

Here are just a few:

Starting pitching has been stellar through 40 games. Ace Aaron Nola has been spectacular with a 6-1 record and a miniscule 1.99 ERA. Free agent signing Jake Arrieta has also lived up to his top of the rotation billing with 3-1 record, The Phillies have a formidable 1-2 pitching punch for the first time in years!

The young talent is beginning to blossom with rookie manager Gabe Kapler pushing the right buttons six weeks into season.

No single player looks more transformed more than 26-year-old Venezuelan Odubel Herrera who has been smoking hot for weeks, currently leading the major leagues in batting average at .361, Herrera is swinging the bat with discipline, running the bases with more confidence, just totally appearing as a different player this season!

After years of being relegated to MLB wastelands, the 2018 Phillies appear to be a legit contender for a playoff spot this season.

GM Matt Klentak also deserves some praise. After taking over in 2015 Klentak has gradually added to this young group of eager top draft picks.

Carlos Santana (above) has provided veteran leadership along with his excellence at first. Santana’s bat has heated up the last two weeks, still hitting under .200, but chipping in with 27 RBI’s as the everyday lineup becomes more solidified as the temperatures in the Northeast begin to rise, the Phillies hope to rise in the National East standings.