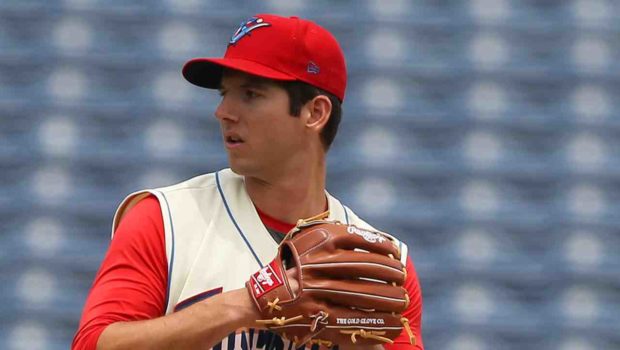 Imhof, who began the 2016 season with the Clearwater Threshers in the Class A Florida State League, was taking part in a routine stretching regimen at Brevard County Stadium in late June when a piece of metal broke loose from the wall and struck him in the face — fracturing his nose, breaking two orbital bones and severely injuring his eye.

Imhof began his professional career as the 47th overall pick in the 2014 MLB first-year player draft out of Cal Poly-San Luis Obispo. In four minor league stops with the Phillies over 2½ seasons, he posted a 13-10 record with a 3.69 ERA.