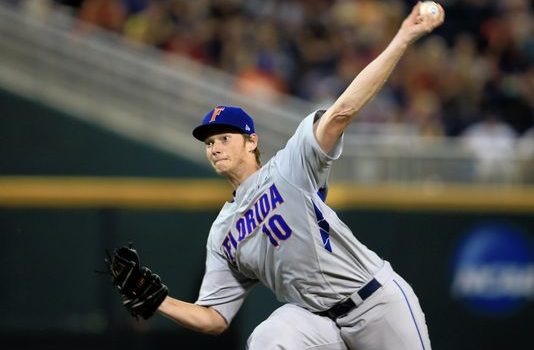 There is no slam dunk No. 1 draft prospect in tomorrow night’s MLB draft a la Stephen Strasburg in 2009 and Bryce Harper in 2010.

That doesn’t mean this is a bad draft class. It just means no one has separated themselves from the pack and the first-overall pick is still a big a mystery. Hey, surprises are fun!

Right now A. J. Puk appears to be the pick for the Phillies, but that is not set in stone. They’re in on all top prospects and even some who are projected to go a little later in the first round. The team’s interest in those second-tier prospect could be part of a draft bonus pool saving maneuver, meaning the Phillies would draft a non-elite prospect, sign him cheap, and redirect the pool savings to other prospects. It’s the “several very good prospects over one great prospect” approach.

However, Puk looks like the pick over the rest of the field at this point because 6-foot-7 lefties who have thrown in the high-90s and have a bat-missing slider sure are hard to pass up. Puk has a 3.21 ERA with 95 strikeouts in 70 innings for the Gators this spring. He missed some time with back spasms.