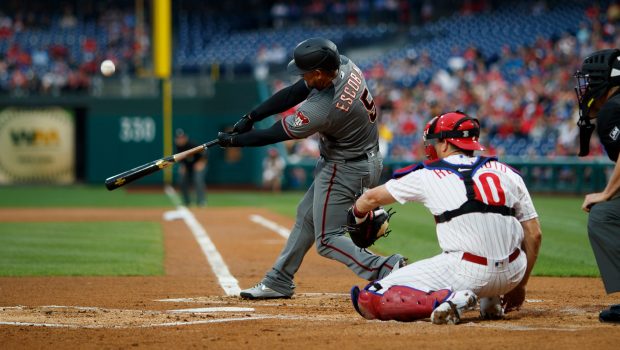 PHILLIES PITCHING SUCKS, AND THEY BETTER FIX IT NOW!

“These are not the type of baseball games that we like to be in,” Phillies manager Gabe Kapler said last night.

The Phillies manager is not known for understatement.

He normally spouts the words “best” and “greatest” as if they’re going out of style.

But last night he was somewhat constrained by the fact that the Phillies have fallen from their perch atop the NL East into a tie with the Atlanta Braves and their pitching has sucked.

The Phillies have allowed a National League-leading 108 home runs and are on pace to allow 265. It would shatter the Phillies’ franchise record of 221, which they set in 2017. It would set a new Major League record, which the Reds set in ‘16 when they allowed 256.

Phillies right-hander Jerad Eickhoff went 2-1 with a 1.50 ERA in his first five appearances this season, including four starts, not allowing a single home run in 30 innings.

But after he allowed five hits, seven runs, two walks and five home runs in three-plus innings against the D-Backs, he is 1-3 with an 8.89 ERA in his last six starts — and has served up an alarming 16 home runs in 27 1/3 innings.

“I think these are things we need to talk about after the game, and probably not there yet,” Kapler said about Eickhoff’s spot in the rotation.

“Yeah, I expect to make the next start, and I’m going to show up tomorrow and work,” Eickhoff said. “That’s what I’ve always done and nothing really changes. I’ve just got to execute a little better and move on.”

It was the fourth time in Phillies history they had allowed at least eight homers in a game. It last happened on Aug. 24, 2015, when they allowed eight against the Mets. They allowed a National League record nine homers to the Reds on Sept. 4, 1999.

“For some reason, the ball was just absolutely flying,” Kingery said. “It felt like every ball that went in the air was a home run. I’m not sure if that had to do with the weather, the humidity, I don’t know. It was just crazy out there.”