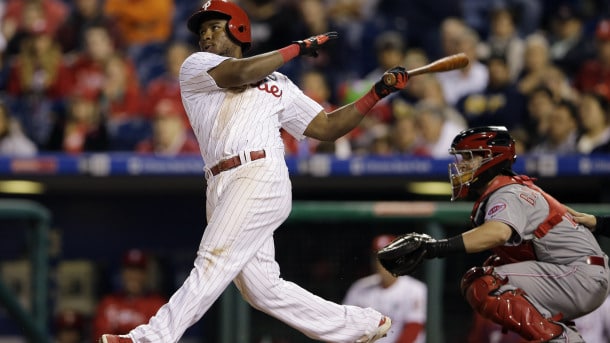 So, Phillies third baseman Maikel Franco hadn’t shown up in Clearwater spring training camp as of yesterday, and everybody’s hair is on fire.

Today is the Phillies’ first full-squad workout, and Franco will be there.

Such logic does not always hold in baseball. At least not recently. Increasingly, practical reporting dates have crept up and up by days and even weeks. To the point where showing up on time is considered “late” by many. Oftentimes, the team included. We saw this a few times in recent years with Terry Collins and the Mets getting on players for not being early. As if not being early was late.

And, as Jim Salisbury notes on CSNPhilly.com, the Phillies have historically felt this way too: “Over the years, team officials have made it no secret that they like that because it shows dedication, etc.,” he writes. This attitude often seeps into the fan base through comments from team officials, the media and talk radio, to the point where guys who show up merely on time — as in, the day they begin to actually be paid — are considered lazy.

To manager Pete Mackinin’s credit, he is not of that same mindset. From Salisbury’s story:

“I’m not going to be critical of anybody who doesn’t come early,” manager Pete Mackanin said. “If we wanted guys to come two weeks ago we should have a longer spring training. He’s in for a long season. He played winter ball. Whenever he gets here, as long as he’s here when he’s supposed to be, I’m fine with it. He’s due to be here (Tuesday).”