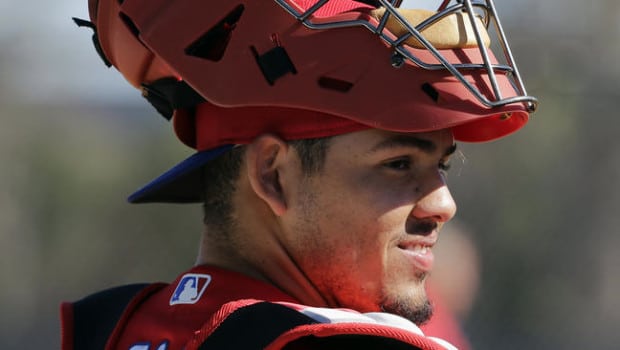 The 22-year-old backstop was named Eastern League player of the week. Before he landed on the DL, Alfaro had begun the season 18-for-36 (.500). Of those 18 hits, six went for extra bases (four doubles, one triple and one home run).

Alfaro missed much of last season after getting surgery on a tendon in his left ankle. He returned at the end of 2015 and got four Gulf Coast League at-bats in his first appearances in the Phillies’ organization.

Alfaro is ranked as the Phillies’ No. 6 prospect and No. 94 overall by MLBPipeline.com. He was acquired from the Rangers’ organization as part of the trade that sent Cole Hamels to Texas.

Outfielder Cody Asche sustained a strained right oblique near the beginning of spring training, and after a setback, he still has yet to resume baseball activities.Darin Ruf was out for close to two months with a left oblique injury in 2014, Chase Utley missed exactly a month in ’13 and Carlos Ruiz just less than a month in ’12.