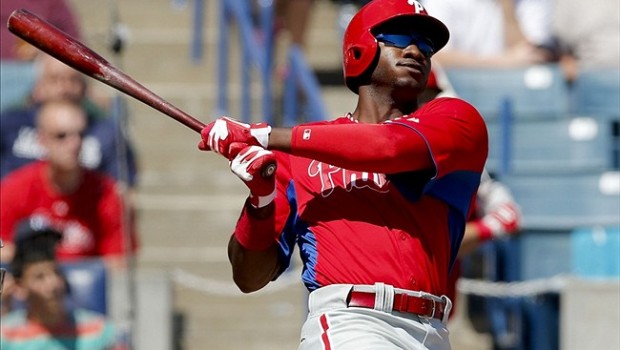 Outfielder Domonic Brown was out of the lineup Wednesday for the sixth straight game with left achilles tendinitis.

Brown has played catch in the last three or four days and began hitting again on Wednesday. Brown hopes to return to the field within the next four to five days. Whether he’s able to catch up in at-bats for opening day is uncertain.

Right-hander Chad Billingsley, who has been limited to two starts the last two years after having two elbow operations, will pitch Thursday in his second minor league game in the last week. He could join the Phillies rotation in late April.