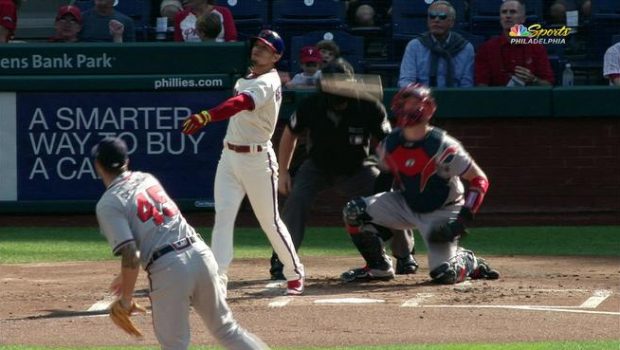 Phillies fans’ long nightmare is over.

So, we’re all happy this morning.

Baseball fans will forever view 2018 as a season of lost dreams:

The Phillies finished 17-34, which included the second-worst road trip in franchise history.

The Phillies acknowledge they need to make significant changes before spring training next February, and it is believed anybody not named Rhys Hoskins or Aaron Nola could be traded.

That includes Odubel Herrera, who the Phillies signed to a five-year, $30.5 million contract extension in December 2016. Herrera hit .255 with 22 home runs, 71 RBIs and a .730 OPS in 597 plate appearances. But the 26-year-old Herrera did not come into spring training in good shape, and he lost playing time late in the season to Roman Quinn as he posted the second-lowest OPS in baseball (.630) from May 20 through the end of the year.

“We all know how baseball is, it’s a business,” Herrera said through the team’s interpreter. “I can’t really tell you. But I’m going into the offseason still thinking I’m a Phillie, and if something happens, it’s nothing I can control.”

The Phillies’ front office loves Hernandez because of his on-base skills, which is why they were reluctant to trade him last winter. But Hernandez’s on-base percentage and OPS this season are his lowest marks since 2015. It is not a stretch to think he could be traded to move Scott Kingery back to second base.

Hernandez, who is the longest-tenured player in the organization, declined to comment.

But Phillies manager Gabe Kapler spoke glowingly about the team’s future. There are reasons to be enthusiastic. The Phillies are expected to pursue heavyweights in free agency this offseason. Manny Machado and Bryce Harper sit atop their wish list. Other moves are expected, too. And there is no reason to think some of their returning young talent will not improve.