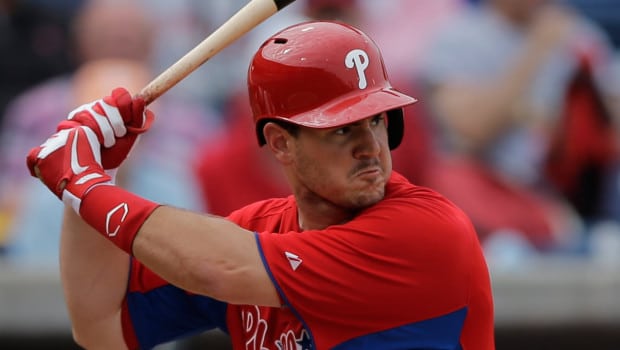 It only took Phillies newbie Tommy Joseph until his second major league plate appearance to reach base for the first time. But that was a walk — followed by a run scored — against the Reds in his major league debut on Friday.

It took a little longer for him to record his first MLB hit.

On an 0-1 count in the sixth inning of last night’s game, Joseph ripped a slider right up the middle into center field.

His walk, however, came to more fruition than his hit, as Joseph was doubled up on a Freddy Galvis grounder the next play.