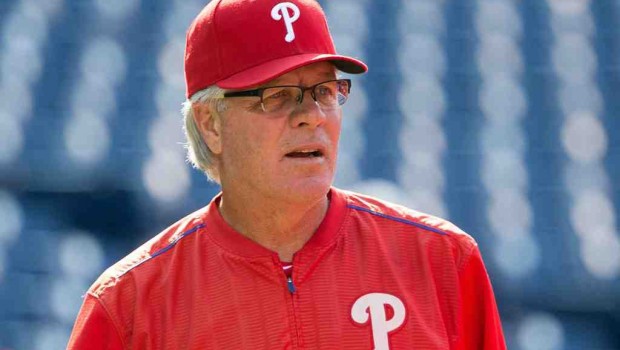 The Phillies continued today to make important decisions on their future by deleting the “interim” from manager Pete Mackanin’s title for the 2016 season.

The extension includes a club option for the 2017 season.

A news conference at Marlins Park, where the Phillies are playing Miami, has been scheduled for 5:15 p.m. ET.

Mackanin, 64, was named interim manager on June 26 following the resignation of Ryne Sandberg. Since taking over, the Phillies have gone 30-46, which included a 21-12 stretch from July 17 through Aug. 23, the fourth-best record in the Major Leagues during that span.

Mackanin has worked for the Phillies for six of the past seven seasons. He served as bench coach for four seasons (2009-12) before returning as third-base coach the past two years (2014-15). In between stints he worked as a pro scout for the New York Yankees in 2013. Mackanin is the eighth Phillies manager to have also played and coached for the team.

“The Phillies are pleased that Pete has accepted the position of manager for the 2016 season,” said Andy MacPhail, the Phillies’ incoming president. “We believe that Pete is the best fit for the role. Since assuming the interim manager position in June, Pete has developed an excellent rapport with our players and has also connected well with the media and our fans. Equally as important is his eagerness to take on the challenge of rebuilding the team and further developing our players. We look forward to his contributions.”

Having previously been interim manager for the Pittsburgh Pirates (2005) and Cincinnati Reds (2007), Mackanin’s all-time managerial record stands at 83-99.