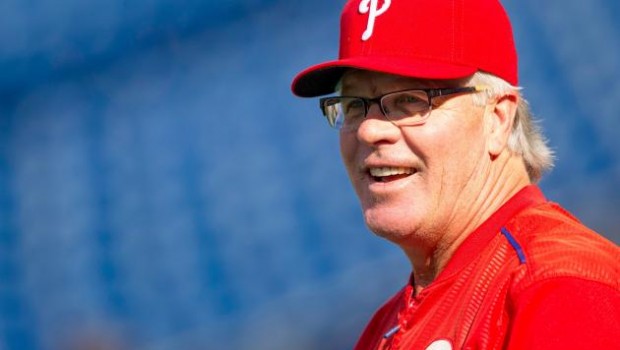 PHILLIES MANAGER MACKANIN AND THE ELEPHANT IN THE ROOM!

The Elephant in the Room!

By Thursday afternoon, The Big Trade had been a hot topic since the news started breaking late the previous night: ace left-hander Cole Hamels and reliever Jake Diekman to the Rangers for veteran starter Matt Harrison and five prospects. The deal had been discussed, dissected, critiqued and analyzed from every angle.

It just hadn’t been completed — which created a weird vibe as the Phillies prepared to play the Braves at Citizens Bank Park in the first game of the homestand.

Mackanin didn’t know whether to list Diekman as being one of his available relievers; when the game started, he was sitting in the bullpen.

It also wasn’t clear whether Hamels was at the park. He was scheduled to start Friday night against the Braves. The official game notes listed TBA instead.

Mackanin wasn’t even sure what to say to Hamels before the Phillies boarded their charter from Toronto back to Philly on Wednesday night.

“I didn’t say goodbye,” he explained. “Unless it’s done, I don’t want to do that. That’s what made it uneasy.”

As always, the lack of solid information left a void that was filled with rumors and speculation. As the hours passed, conjecture mounted. Most of it centered on the possibility that one of the players involved may have been red-flagged for medical reasons. Maybe the deal would have to be reworked. Maybe it would be scuttled entirely.The Phillies and Rangers, however, are expected to announce the deal Friday, sources tell MLB.com’s Todd Zolecki and T.R. Sullivan, before the 4 p.m. ET Trade Deadline. The clubs have not confirmed.

After the game, some of the picture began to come into better focus. Hamels apparently stayed home. His locker appeared undisturbed.

“I didn’t see him, but he might have been lurking in the shadows somewhere,” Mackanin told MLB.com, drawing a laugh.

The manager conceded that he was supposed to stay away from using Diekman. And the hard-throwing reliever spoke about the emotional toll the previous 24 hours had taken on him.”I really don’t know what to say,” he said. “I haven’t been told anything. I walked in [after Wednesday night’s game] and three of my buddies texted me. Congrats and stuff. Then I check online and it’s all over.”

Still, when he got to the park, nothing.

He was told he would only pitch in an emergency.

“This could be the last time I walk in here. I have no idea. Just sitting out there thinking about it sucked. I feel like it would be a good opportunity if it happens, but leaving here would suck. I mean, I’m 28. I’ve been here nine years. I’ve been here a while.”I don’t know if I feel anything right now. Until something happens, I’m still here. I’m still a Phillie. I was a Phillie when I woke up. I was a Phillie during the entire game. I love it here. Just because I’ve been here for nine years, it’s tough.”

Making trades in baseball, with bigger money and more intricate contracts, has become more complex. It can take longer to finalize deals. At the same time, social media means news breaks instantaneously and circulates with breathtaking speed. Those two realities clashed Thursday, and the result was a general awkwardness all around. And there was nothing anybody could do about it.

“Everybody’s got concerns. Everybody’s got anxieties. The old guys. The young guys. I’d like to know who to put on my lineup card,” Mackanin said. “It’s uncertainty, but you just go with what you’re given. The people who do it the right way and get after it are the people you’re looking for.

“You can’t take anything for granted in this business. That’s the way you have to look at it. It’s a bottom-line business. You either succeed or you don’t. And if you look at it that way, you’re not going to worry about it and you’re going to be more successful. You’d like to know what’s going on, but sometimes it just doesn’t happen that way.”